The Standard : Strings of passion (僅英文版本) 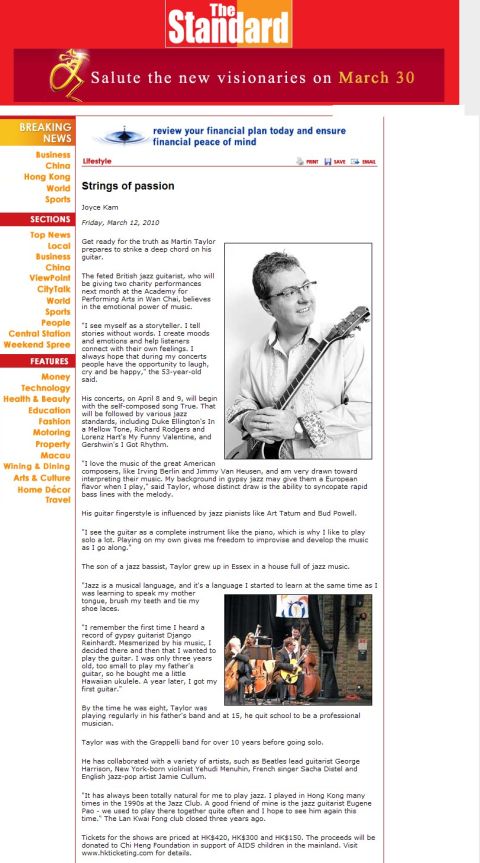