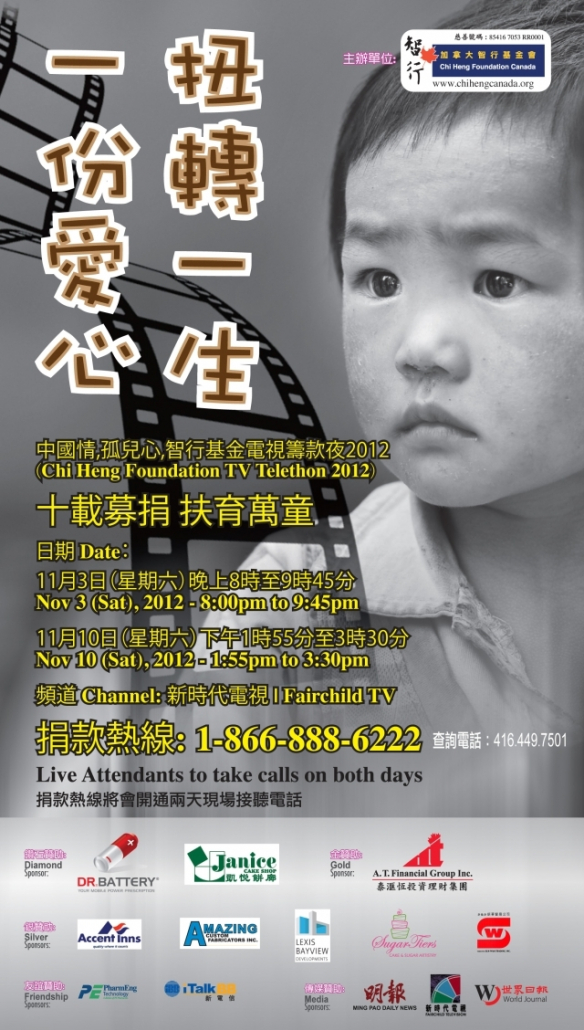 This past November Chi Heng Foundation Canada ran another successful National Telethon Campaign in which approximately C$170,000 was raised for the AIDS Orphans Education Programs in China. The campaign also broadened public awareness on the situational plight of many children living in the hardship and poverty, that was brought on and worsened by the AIDS epidemic in rural China