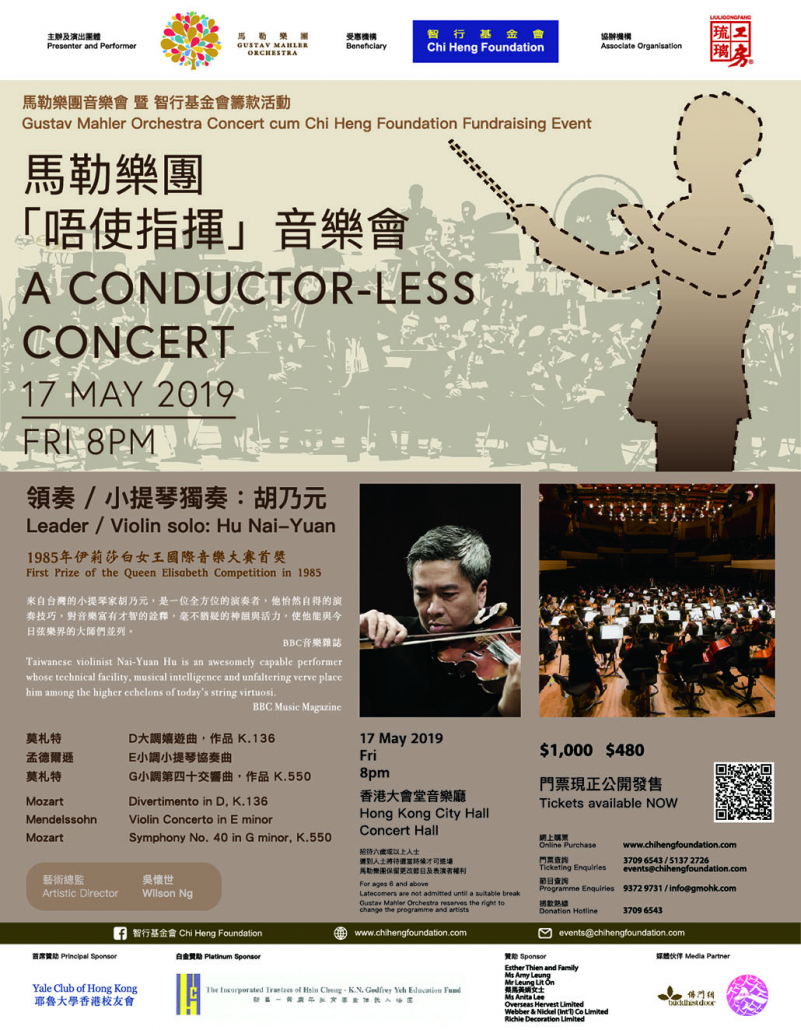 *All proceeds from the designated ticket after subtracting all the necessary expenses will go to support the education, living and psycho-social support expenses of AIDS impacted children in China and the operation of Chi Heng.