The Story of Xiao Ma

Xiao Ma, 23, Han Chinese male, was born in 1995 and was infected with HIV at birth via mother to child transmission. His mother passed away in 2003 from AIDS. His father has not been infected and is healthy.

Xiao Ma first got to know about Chi Heng Foundation in March 2016. After learning about Chi Heng’s services for AIDS-impacted children, he considered his family’s financial conditions to be not bad and believed that Chi Heng should better deploy its limited resources towards helping others who were more in need. Therefore, he did not apply for our educational subsidies.

Xiao Ma, however, accepted Chi Heng staff’s invitation to participate in various Chi Heng activities and psychosocial programs in Zhengzhou. In the summer of 2016, he joined as a Chi Heng college student volunteer to do home visits in the rural areas in Henan province and conduct hobby classes for younger AIDS-impacted as well as “left behind”  children, tutoring them in summer camps and motivating them to work hard at school.

When Xiao Ma first joined Chi Heng’s sponsored activities, he was a shy, timid young man. Perhaps because of his HIV condition, he was antisocial and had low self-esteem. During his involvement in Chi Heng activities, he got to meet many Chi Heng-sponsored college students who, like him, were from AIDS families, yet they were positive and possessed good self-esteem, confident and cheerful. Gradually, Xiao Ma started to open up and has now become a role model for the younger AIDS-impacted children, passing on positive energy to them as a “big brother”.

Xiao Ma graduated with a diploma in Investment and Financial Management in Henan. He is now developing a nice career in the financial sector in Zhengzhou. 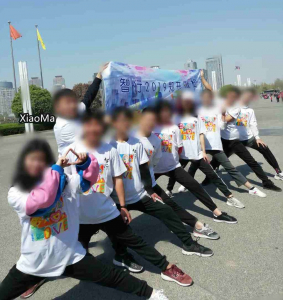 Xiao Hao The Story of Miu Miu
Scroll to top